Women of Worth | Women’s Devotion 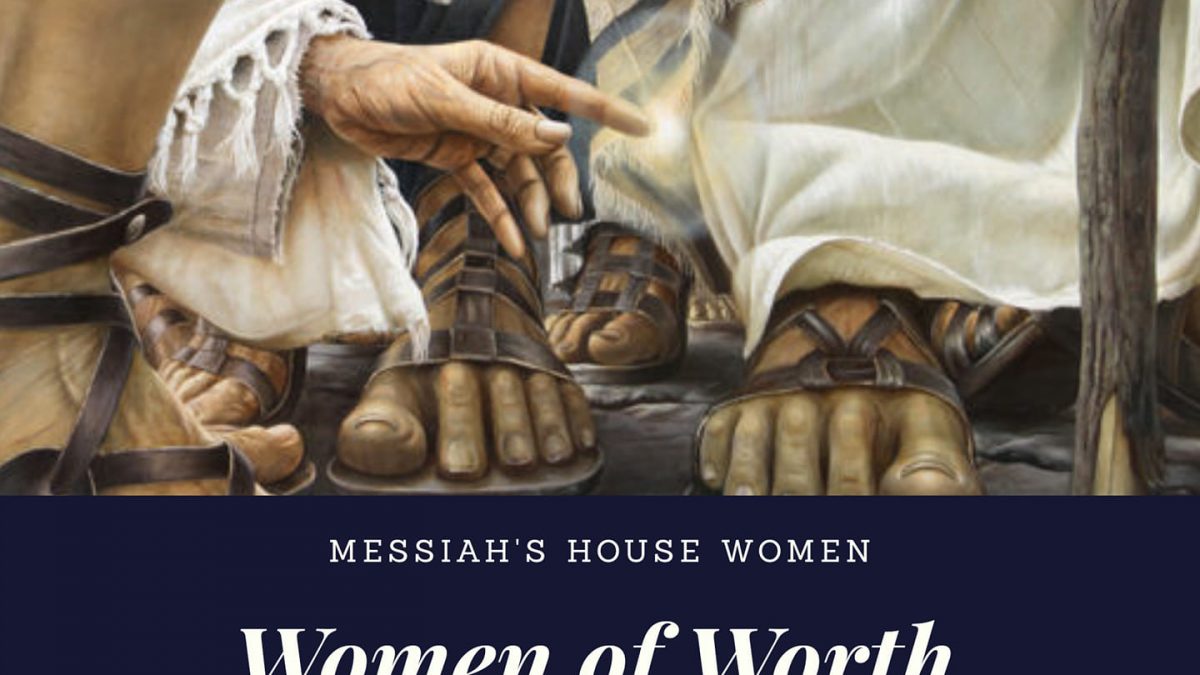 My husband and I recently finished a chronological study of the Gospels. It was an eye-opening thing for me as we walked through them, verse by verse. I began to see more clearly a strong sense of compassion in Jesus as he interacted with people and I was particularly drawn to the women He encountered during his short time of ministry. I now have a new appreciation for how intentional Jesus was in every recorded event, especially those involving women.

The ministry of Jesus was controversial and as you read this list, you probably thought about a few Gospel accounts where Jesus “broke the rules,” so to say, regarding women. Jesus was the Word in flesh and would be a walking visual of the Father’s heart. He did what he heard his Father saying and it most certainly rocked the culture.

Mary of Magdala – Her name is mentioned 12 times in the Gospels, more than most of the apostles. She was possessed by 7 demons, yet Jesus not only spoke to her but touched her and healed her of the torture she had endured. Scholars say she was most likely a prostitute and some believe it might be Mary who was thrown at the feet of Jesus. If it was this Mary of Magdala, she found protection and forgiveness, not accusation when she encountered Him. As he bent down to write in the dirt, I am sure their eyes met, and there she found compassion and love. Maybe it was at this moment the 7 demons left her. In Luke 8:1-3 She is mentioned as one of His followers as Jesus continues his ministry throughout the country. “…His twelve disciples traveled with him and also a number of women who had been healed of many illnesses under his ministry and set free from demonic power. Jesus had cast out seven demons from one woman. Her name was Mary Magdalene, for she was from the village of Magdala; Among the women were …

Susanna, Joanna, and many other women.” – According to Luke, these women, “who supported Jesus’ ministry from their own personal finances also traveled with him.”

I’ve read the Gospels all of my life and always pictured a small group of 12 apostles following him everywhere. This was a refreshing revelation to me; that women, who were not to be spoken to by men and should be isolated in their homes, felt called to follow the Savior and did it unashamedly. They would most certainly be considered disciples but would have been forbidden to identify as such. They were drawn to him and he welcomed and encouraged them. I think they must have been very courageous women and Jesus loved it!

The Samaritan woman at the well – (John 4:5-30) Jesus made his way to Galilee by way of Samaria and in doing so, breaks a few rules! I believe Jesus knew this woman would be at the well at the exact time He would arrive, and it was God ordained that they should meet. Jesus points out that she has been married 5 times and was living with a man she was not married to. This means 5 husbands had divorced her! Can you imagine the unworthiness she felt; the rejection? She was drawing water in the middle of the day to avoid the scorn of other women in the village. God knew this woman knew her Torah – the significance of the well from which she drew water and the coming Messiah. He also knew she had the courage to run right back into that village and share the Good News, even with those who scorned her! In The Passion Translation, verse 30 reads – “Hearing this, the people came streaming out of the village to go see Jesus” and in vs. 40-41 it continues… “Then they begged Jesus to stay with them, so he stayed there for two days, resulting in many more coming to faith in Him because of his teaching.” Revival among the Samaritans, a people shunned and hated by the Jews, and all because a woman saw that Jesus believed in her worth, loved her and forgave her.

Mary of Bethany – Jesus had grown quite close to Mary, Martha and Lazarus and felt their home a place of peace and hospitality I feel sure. I love that, “Mary sat down attentively before the Master, absorbing every revelation he shared.”  This was something women would not have been allowed to do in the 1st Century. Jesus commends her as he lovingly chastises Martha for being distracted, “Mary has discovered the one thing most important by choosing to sit at my feet. She is undistracted, and I won’t take this privilege from her.” (Luke 11:39, 42 TPT) It is a privilege to sit at His feet and I take that for granted most days. Mary knew it was a good place to be.

Because of Jesus’ love for these two sisters, He is filled with compassion at their grief when their brother Lazarus dies. He knows that God had preordained this moment to show His power and receive glory from the imminent resurrection, but I believe Jesus is overwhelmed at having to put them through these days of loss and grief and sheds tears right along with them. He has tremendous compassion towards the grieving.

Woman with the issue of blood – Having this issue of blood would have bound this woman to her home, probably prevented her from marriage, not able to even prepare food for the family. She had tried many doctors and treatments and spent all of her money; she was as good as dead. This dear woman, one who would have been declared “unclean” for 12 long years had the courage to leave her place of isolation armed with faith alone to seek the touch that would heal her! She also knew that her touching the Master would make him unclean, but she was willing to go with great risk to find healing and regain her worth. Can’t you just imagine her moving through the huge crowd bent over and weak, hiding her face and hoping she’s not recognized. All she can see are the tassels moving at the hem of his garment ahead of her and in desperation, she reaches out and touches one for a brief moment. Jesus not only feels power leaving him, but her healing comes instantly, and he turns to seek her out. Trembling before him, she hears these words — “Beloved daughter, your faith in me has released your healing. You may go with my peace.” (Luke 8:48 TPT) He commends her for her faith in the midst of the huge crowd. Don’t you know there were those in that crowd who had spoken ill of her and rejected her over the course of her 12-year illness? What a powerful testimony to her community!

The widow in a funeral procession – The widow is not named but we know Jesus is walking by, headed into the town of Nain with a massive crowd around him. For some reason he is drawn to this funeral procession. It’s probably not the first he’s passed by, but compassion, once again, overcomes him. He knows this woman has lost her only son and is now alone in the world; it will be very difficult for her. The woman is oblivious to Jesus in her grief and she doesn’t even think about asking for a miracle, but Jesus can’t help himself. “When the Lord saw the grieving mother, his heart broke for her. With great tenderness he said to her, “Please don’t cry.” Then he stepped up to the coffin and touched it. When the pallbearers came to a halt, Jesus said to the corpse, “Young man, I say to you, arise and live!” Luke 7:13-14 (TPT) Jesus just rocked this momma’s world and gave back to her a most precious gift, her only son, her provider and protection. I love that He was moved to do it.

By the time we got to the crucifixion in our study, I was becoming more aware of beautiful examples of Jesus interacting with women. One last picture I want to leave with you…

At the cross – “Watching from a distance, away from the crowds, were many of the women who had followed Jesus from Galilee and had cared for him. Among them were Mary Magdalene, Mary the mother of Jacob the younger and Joseph, and Salome. Many other women who had followed him to Jerusalem were there too.” (Mark 15:40-41 TPT)

These women had no standing before the Jewish Sanhedrin or a Roman court. They most certainly would stand and fight for Jesus to be release but had no way to do it. So, they did what they could… they were present! On the day of his crucifixion, when most of the disciples were in hiding, there they were, in the crowd at the foot of the cross.

I have always known that the Mary’s were present at the crucifixion but these “many other women” was a new revelation for me. I’m sure I’ve seen these verses, but this time, they struck a chord with me. I pray that I too would have been right there among this group of beautifully courageous, compassionate women at the foot of the cross.

The relationship these women had with Jesus could very well be why he appeared first to a woman after His resurrection. A woman’s testimony would not be considered valid in Mary’s culture, yet Jesus chose to reveal himself to her. The woman who had been healed by, taught by and walked with the Savior for 3 years of ministry. She would stand with Him until his last breath. Mary Magdalene most certainly loved Him, and the feeling was mutual.

I hope viewing these snippets of the Gospels has helped you also become more aware of how much Jesus loved these women, how he had compassion for and wept with them; how important they were to His ministry. He gave them a new identity.

Can you see yourself in one of these women? Do you need healing today or are you grieving? Do you feel rejected, or have a hard time seeing yourself as worthy; could you be thirsty for more of Him and just need to sit at his feet a little longer? Maybe you need a whole new identity.

Let these women of the 1st Century encourage and inspire you. Reach out and touch Him, listen to his tender voice, sit at His feet or move to the foot of the cross. Jesus loves you. He sees your needs, knows your heartache and tears and has a plan to put all of it to good use… none of it is wasted. He wants you for His glory! 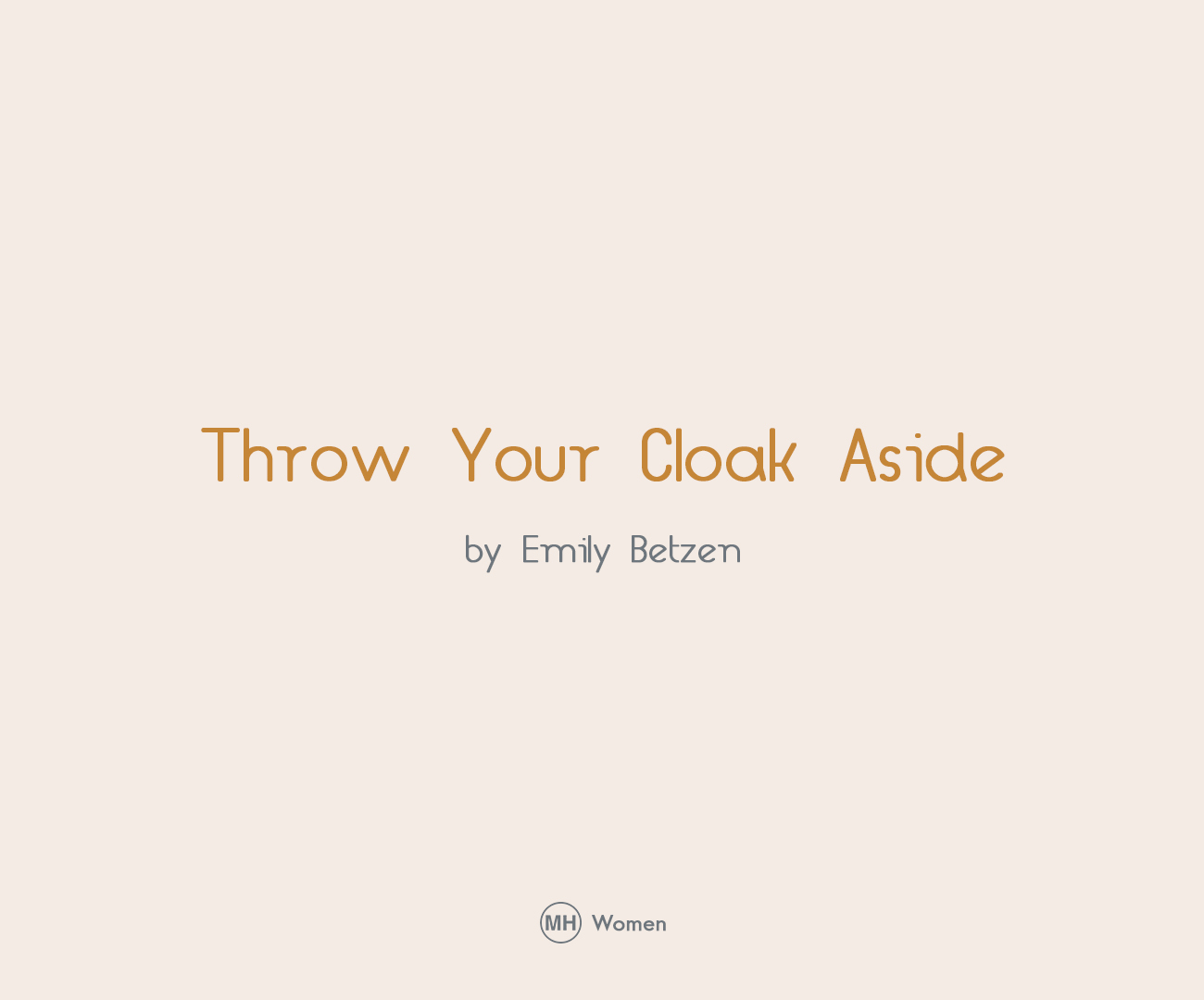 Throw Your Cloak Aside | Women’s Devotion 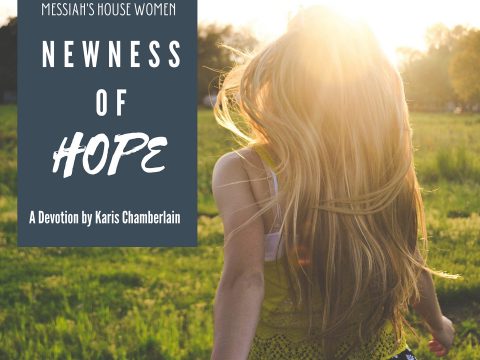 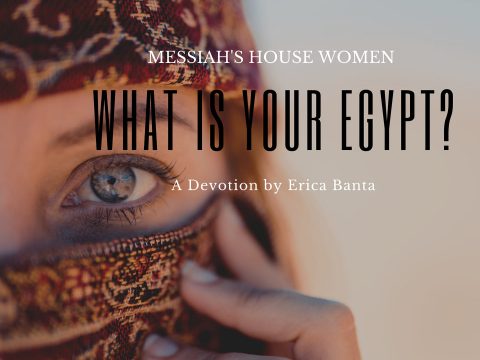 What is your Egypt? | Women’s Devotion